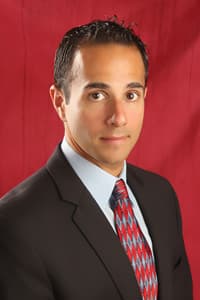 Mr. Bell began his career fighting for the rights of the accused while still in law school. Mr. Bell  worked as a Supreme Court Certified Legal Intern with the Broward County Public Defender’s Office, which allowed him to try both felony and misdemeanor trials before ever becoming a member of the Florida Bar.

The Florida Association of Criminal Defense Lawyers awarded Bell for his outstanding work and litigation as a certified legal intern. He also was one of a select few students elected to Nova Southeastern University Law Review and was recognized by becoming published in the field of criminal law before ever becoming a lawyer. After graduating from law school, Mr. Bell became a member of the Order of Barristers, an honor given only to nine members of his graduating class. He was also honored for his work by the Florida Association of Criminal Defense Lawyers.

When his internship with the Broward County Public Defender's Office ended, he was hired as an assistant public defender in with the Broward County Public Defender's Office. Within a year, he was promoted to the felony division. He defended the rights of people accused of DUI, DUI Manslaughter, battery, robbery, manslaughter, carjacking, drug trafficking and other serious offenses who could not afford an private attorney.

Based on his trial skills, Mr. Bell was again promoted to Supervisor of the Juvenile Division of the Broward County Public Defender's Office, one of the youngest attorneys to lead a division in that office. In that capacity, he represented young people accused of crimes in Fort Lauderdale and the rest of the surrounding area.

In 2007, Mr. Bell entered private practice. He has since represented thousands of people on charges ranging from misdemeanors to felonies throughout the state of Florida.

Mr. Bell was hired in 2008 to run the entire legal operation of The Ticket Clinic, a law firm in Palm Beach County. He handled thousands of cases for people in Florida, from minor traffic violations to felonies that carried a life sentence. Clients came from many areas in Florida, including from Broward, Palm Beach, Dade, Monroe, Duval, Pinellas, Hillsborough, Volusia, Alachua, Marion, Flagler, Escambia, Highlands, Hendry and Leon Counties.

Mr. Bell represented countless people on DUI cases all the way through to verdict as lead trial counsel. He used his experience and trial skills which he developed at the Broward County Public Defender’s Office to help get these serious offenses dismissed, reduced or nolle prossed. He has also personally handled DUI manslaughter and vehicular homicide cases, working with independent defense experts on forensic toxicology and accident reconstruction to built the strongest possible cases for his clients.

Mr. Bell had met Lawrence Meltzer in 2005, when Mr. Meltzer was an Assistant State Attorney in Broward County. They tried cases against each other, and developed a respect for one another that grew as they witnessed the other's skill, work ethic, reliability and professionalism. They shared a vision for who a lawyer should be and what a law firm should do. In 2013, they formed Meltzer & Bell, P.A..

At Meltzer & Bell, P.A., our goals are to provide our clients with the highest quality of legal defense. This means being the most prepared attorneys in the courtroom, keeping an open, 24/7 line of communication with our clients, helping our clients navigate through the complex minefield of the Broward County criminal justice system and maintaining the highest standard of ethics. Steven Bell, Esq. has been interviewed regarding DUI issues in Palm Beach County due to his experience by USA Today and WPTV and has provided input regarding the same on the arrest and charges stemming from Golfer Tiger Wood’s for Driving Under the Influence.