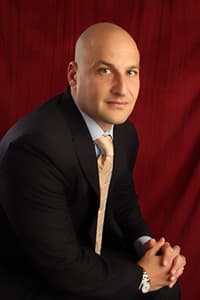 As a former Broward County Special Unit Felony Prosecutor in the Sexual Battery Unit in the State Attorney's Office, Lawrence Michael Meltzer, Esquire, is a skilled defense lawyer who got his start on the other side of criminal law in the Fort Lauderdale area, prosecuting those accused of crimes. He now uses that knowledge to fight for the rights of those same Broward County individuals.

In 1994, Mr. Meltzer graduated from American University in Washington, D.C., with a Bachelor's Degree in Criminal Justice. After working in the private sector for two years, Mr. Meltzer began studying at Nova Southeastern University's Sheppard Broad Law Center. He earned his Juris Doctor in May 1999.

Mr. Meltzer practiced civil law for two years, until the Broward County State Attorney's Office offered him a position as an Assistant State Attorney in 2001. Mr. Meltzer then was able to passionately dedicate himself to criminal law.

Mr. Meltzer worked with the State Attorney's Office in the County Court Division, where he prosecuted significant traffic offenses, such as DUI and Driving While License Suspended, in addition to misdemeanors, such as Reckless Driving, Battery, Assault, Thefts and Juvenile Delinquency/Dependency crimes.

While in county court, Mr. Meltzer tried more than 60 jury trials, most of which were DUI offenses, through verdict as a County Court Prosecutor. From that experience, he developed an extensive knowledge of DUI law and the specific defenses employed when dealing with breath testing, urine testing, blood testing, impairment by alcohol and other DUI matters.

In more than 45 felony trials, Mr. Meltzer handled cases ranging from Felony DUI, DUI With Serious Bodily Injury, Leaving the Scene of an Accident With Death or Injury and more. He was promoted to Special Unit Prosecutor in the Sexual Battery Unit in 2005. There, he prosecuted capital sex offenders, including those accused of some of the most heinous sex crimes.


In August 2005, Mr. Meltzer left the prosecution side of criminal law to defend the rights of those accused of crimes. He was hired as lead trial counsel for the Broward County Office of The Ticket Clinic, a law firm. While at The Ticket Clinic, Mr. Meltzer defended thousands of clients on misdemeanor and felony DUI charges. He also represented clients on criminal traffic offenses and traffic violations.

During his tenure at The Ticket Clinic, Mr. Meltzer created a bank of thousands of motions addressing a wide range of legal issues that assisted in getting DUI and traffic offenses reduced and dismissed. He also took more than 110 cases to jury, including cases that involved DUI breath tests, DUI urine tests and traffic accidents.  Mr. Meltzer excelled at The Ticket Clinic due to his dedication to preparation, dedicated attention to clients, working hard and behaving with the utmost professionalism while maintaining the highest ethical standards.

As an Assistant State Attorney in Broward County, Mr. Meltzer met Steven Bell, who was working as an Assistant Public Defender. While trying cases against one another, each learned to respect the other's legal acumen, skill, work ethic and professional. Each came to understand that they shared a vision of what a lawyer's core values should be and what a law firm based on those values would look like. Together, they formed Meltzer & Bell, P.A..

At Meltzer & Bell, P.A., Mr. Meltzer and Mr. Bell seek to provide every client in Broward County with the highest quality of defense. They seek the best possible result on every matter. Key to this is being the most prepared lawyer in the courtroom, keeping a line of communication open to clients 24 hours per day, seven days per week and assisting every client through the difficult minefield that is the criminal justice system.